If you are writing a song for Eurovision there is one sure fire way to really distance yourself from the fans of the contest; say it doesn't matter. And that's exactly what Mike Stock did last week after the reaction to the United Kingdom’s entry, written by himself and Pete Waterman, was far from supportive and with odds to win currently standing at 199/1. They really do have a task in front of them if they don’t want to return the UK to the bottom half of the leader-board come May 29th after a triumphant effort by Andrew Lloyd Webber last year. 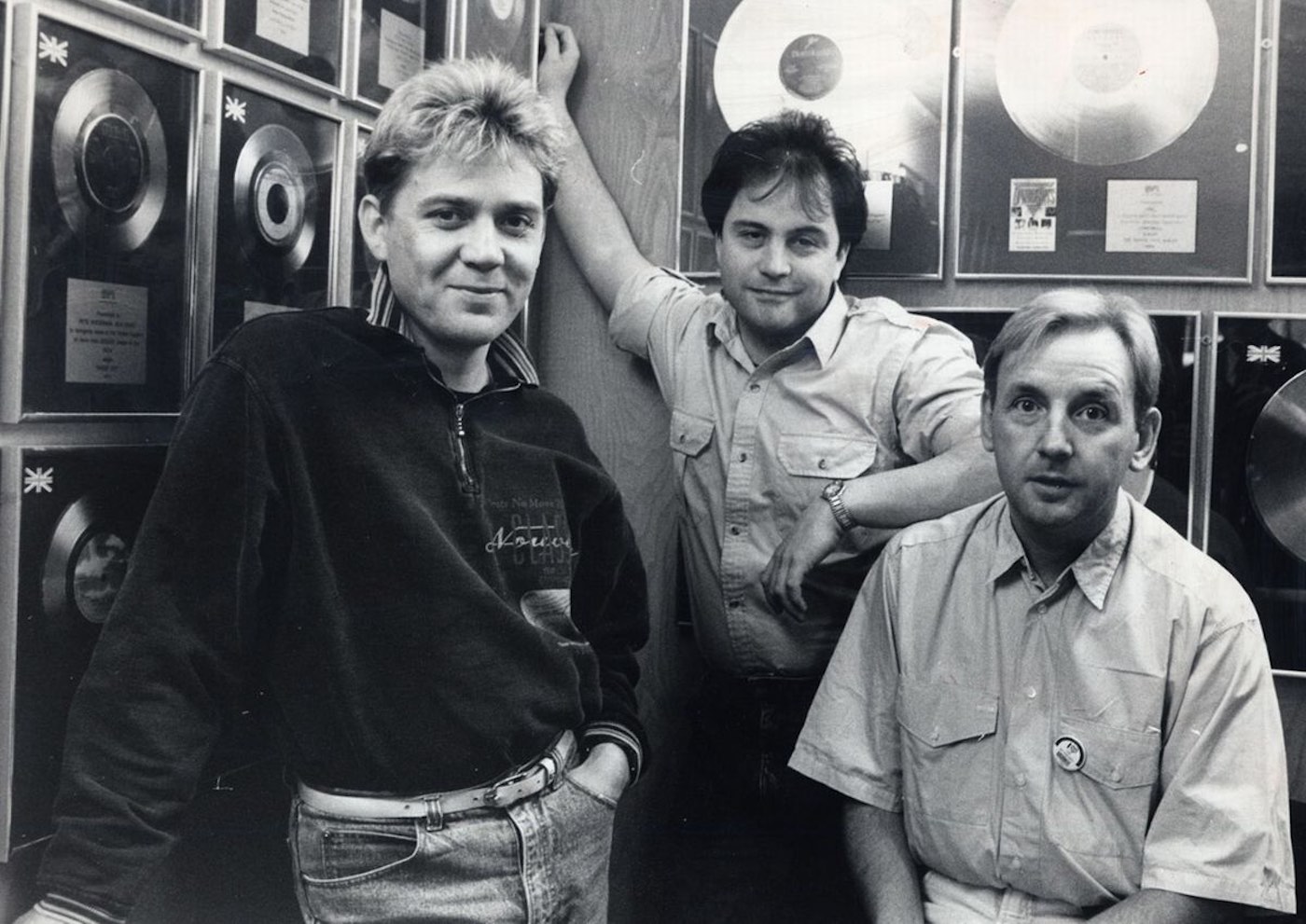 This really doesn't sound good to anyone

In response to the outrage that 'That Sounds Good To Me', his new prized composition, sounded 'shite' - Stock decided to tell Eurovision fans to calm down about the entry as it was “only a pop-song”. (Albeit, a very bad one.) But as if this wasn’t enough to alienate him from passionate followers of the contest, on which the UK participation is championed, he decided to go further with his statement that it was “only Eurovision.” Here's a tip, Mike, that's not a good idea if you want fans to change their opinion of you and the abomination of a track you have given us this year.

The contest is unique; it’s the biggest show of its kind in the world and it only happens once a year. So I see Stock’s point, after all it is only a competition of songs from across Europe - but for music lovers across the continent it is a huge occasion which ranges from an opportunity to have lavish multinational parties – to a unique event of national pride.

The journey to those final events in the arena are only part of the Eurovision community – the speculation of entries, the venue, the hosts and the stage all start within hours of the last contest finishing, and build throughout the year. The point being? There is more to Eurovision than those three evenings in May. There really is a community – and Mike Stock did a really good job of alienating himself from it all whilst expecting us to support him.

The BBC began the speculation over its 2010 participation relatively early - inciting huge interest from across Europe after the United Kingdom’s spectacular return to the top 10 last year in Moscow thanks to no-expense spared line-up of Andrew Lloyd-Webber and Diane Warren. The Corporation did themselves justice last year, stating how they would switch tactic and take Eurovision ’seriously’ – and it paid off.

Jade Ewen’s record label paid for an extensive pre-contest tour across European national finals which worked in re-establishing the UK’s position within the contest. After all, the BBC contributes vast amounts to the running of the contest along with three other nations, qualifying us directly for the final each year, sparing the humiliation of really ever coming last and not being in the final at all.

Initial speculation across the online world placed Take That star Gary Barlow as a favourite to pen the UK entry for Oslo – high expectations, but then rightly so after the fantastic line-up the BBC had conjured up for Moscow. Then the rumours of Duncan James performing the Barlow penned track proved realistic after his involvement in ‘Your Country Needs You’ which took Jade to the contest in 2009. Elton John’s name was also thrown around various contest forums and even Morissey re-emerged as a favourite, despite being turned down for the ticket for Helsinki by the state broadcaster.

The publicity from the BBC began on Twitter, but fans grew increasingly annoyed as an announcement was promised, and then delayed and never delivered.

So just imagine the reaction when the BBC, after all this build up, finally revealed - Pete Waterman, as the 'mastermind' behind our entry for Oslo.

A travesty that only the BBC could produce

I, along with many other contest followers, wasn’t particularly enthusiastic from the start, I admit.

Waterman might have been involved in producing hundreds of hits, but his recent attempts have mostly ended in disaster. And of course he was last seen mocking ‘X-Factor’ with Peter Kay, which made good television, but does it really send out the best impression to the onlooking Eurovision community?

So it's fair to say the expectations weren’t exactly great from the off. We were still waiting of course for the details of how we were going to select which ever victim would be given the Waterman written song to head to Oslo with. These arrangements took even longer to be announced by the BBC and when we finally heard the six finalists, every UK Eurovision fans heart dropped a little further.

A bunch of six unknowns.

In an interview, Waterman announced Mike Stock would be writing the song with him, which sounded encouraging and he promised a classic pop-song which would ‘grab you within the first 20 seconds’ and would follow in standard pop-form with a strong verse, catchy chorus and good bridge.

Most European entries had already been selected for the show by now – there was no stand out entry, and song quality had largely plummeted from previous years – there was enthusiasm that the UK could really deliver a winner, if only Stock and Waterman delivered the right song. Add in the night before ‘Your Country Needs You’ that speculation was growing about the song, with titles such as ‘Not Your Love’ being thrown around – which gave the impression of a modern, catchy pop-song – exactly what the BBC and Waterman had promised, tension and expectations rose.

And so the big night arrived.

On Twitter the BBC were confident that the song was very catchy and that the set was bigger than last year. But what they didn’t tell us was that it would be the worst produced UK National Final for years.

Dodgy camera work, tacky visuals and forgotten lines were all unveiled in a 90 minute flop which would see X Factor, Britain’s Got Talent and acting reject Josh Dubovie winning the ticket to Oslo with a song that certainly didn’t ’sound good to me.’ In fact, it was possibly the worst Eurovision entry the UK had sent in its history and that I'd ever heard.

To be fair, Josh had the best voice of them all and certainly deserved to pass through the audition phase in Cowell’s ITV shows - but that’s about it. He’s not the potential star that Jade was. But if he manages to even slightly learn to move his legs between now and May, we might get a few points?

But the biggest let-down of the night was not the show, to be honest, it was the outdated tune that Stock and Waterman have produced.

There was no bridge, and despite a remotely good verse hidden under a terrible production there was a chorus that made you wonder whether a young child had written the lyrics and done the orchestrations. Quite frankly our song would have been eliminated by every other broadcaster before it was even shown on live television.

Eurovision won't be heading to the UK

So after this six month journey we were given ‘That Sounds Good To Me’ – a song that was clearly a second, third, fourth, fifth, six or hundredth choice for the BBC, but the best they thought they could get.

It fits in quite well with the rest of shoddy entries this year, but even with the Stock promised ‘revamp’ I don’t hold any hope that the UK will be bettering, or even holding that fifth place from last year. It will be at the bottom of the pile.

It’s not too hard to produce a simple, catchy pop-song for Eurovision – most broadcasters manage to get around 10 together for a big national final, the BBC however managed to give us a half-hearted entry that never gets started.

Stock might not see the problem, and I look forward to hearing his reworked version, but if I’m right, come May 29th, people won’t be cheering when they see his name on the UK ticket.

People who slate Eurovision, tend to not do very well come the big night.

The United Kingdom may have taken itself out of failure last year, but we certainly aren’t heading to Norway with pride on our shoulders – and with odds of 199/1 it’s hard to see Josh pulling off a decent result if any points at all.

The draw for the entry isn’t bad – he will perform 12th in the final, but it certainly isn’t as good as last years. They best we can hope for is being in-between two very boring ballads, which won’t be hard to deliver this year and just hope that people don’t fall asleep before the opening synth chords of our entry light up the Telenor Arena.

I wish him and the UK delegation good luck as always, but one thing is certain – the BBC won’t be needing to find £20 million in their 2011 budget as we certainly won’t be seeing Eurovision heading to the UK next year.


Thanks for dropping by! 👌🏻
Lovingly created with NationBuilder.

👆🏻
I only use cookies 🍪 for the essential things. Any questions? Take a quick look here.