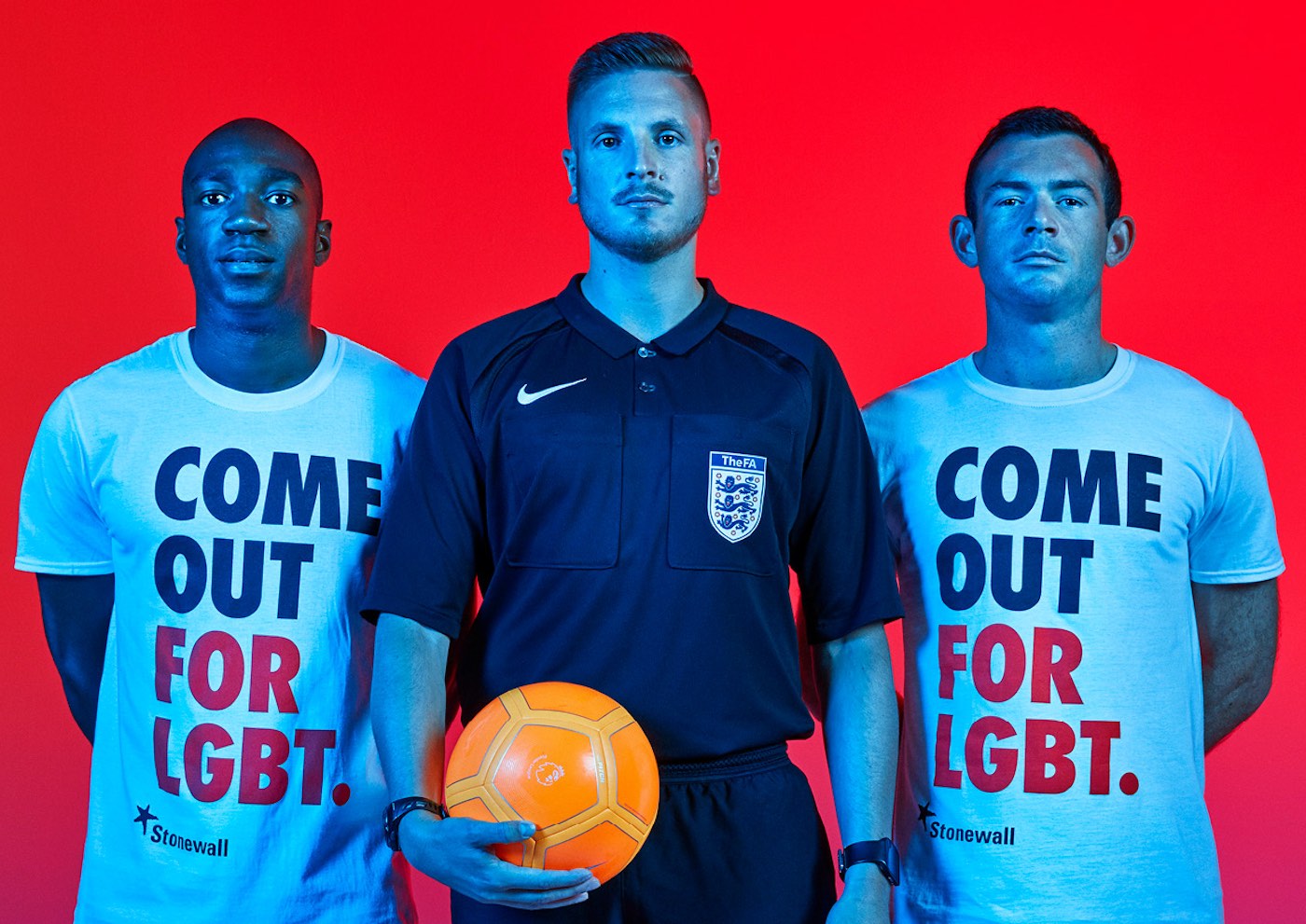 It’s okay to say it’s not always easy being gay – but it does get better, and it will – but only if we all stick together
Photo: Stonewall


Three years ago I wrote about coming out - themed around National Coming Out Day. It remains one of only a handful of things I've ever written about LGBT 'stuff'. But every year around this time I try to remind myself about why coming out still matters and how I can't wait for it to truly be a choice for everyone. This year in particular I’ve been reminded more than ever about why coming out is still just really difficult. And I don’t mean coming out like the ‘big’ coming out - but the coming out we do everyday, at work or the gym and in the street.

The world around us is changing, but it is still tough

This year I've changed jobs, got a boyfriend again, gone back to the gym for the first time in ages and generally not spent every living hour in my own room or at work. But each of these circumstances has been made so much more difficult by being gay. Now, this isn't a sob story - and the trolls on Twitter will tell me to get a life, for sure. Or to man up, let it go and see there are people worse than me, facing much more extreme forms of prejudice in the UK or other countries around the world where it's not okay to be gay. Britain is a beacon of progress and nobody gives a shit.

But in reality, when it was World Mental Health Day yesterday, followed by Coming Out Day today – talking about how much more we have to do doesn't mean erasing the progress we've made. Because so many times this year I’ve just wanted to go home, batten down the hatches and not go outside again.

Being gay can sometimes feel pretty lonely. But I know there’s a few other gays around where I live, because I see them holding hands and I wonder – do they have the same apprehension just walking out of the door that I have nearly every day? Do they get worried about what bars they go to? Is this what people normally think about when they walk down the street?

But it really is, right?

For us gays – yep, we can get married, adopt children and legally walk down the street hand in hand, arm in arm - but are we ‘liberated’?

Those Bratavio guys on #XFactor, are ‘disgusting’.

If you just happen to dress a ‘bit too gay’, oh no, you’re not allowed.

Hell, if you’re trans you have it a thousand times worse.

If you’re a woman or wearing a headscarf you must get that same dreaded side-eye and the stare that goes on a bit too long – the same shouts and comments.

The Jew this year who fears wearing a Kippah to a Labour Party meeting might mean getting screamed at about Israel, or worse, shot in a foreign capital.

All of these represent the continued and flaring intolerance we are seeing around Britain and the world. And it's scary as hell.

It’s everywhere – online, offline, on your street and on the next.

The guys who shouted ‘batty boy’ at me literally 50m from my house.

My mates or the people we all know on social media who got beaten up for daring to go to a gay club.

You try to ignore them, but the Facebook messages that call you a ‘fucking gay boy freak’.

The person who compared me to a pedophile on Twitter for daring to criticise Jeremy Corbyn.

The person who thought it was okay, and alright, to shout ‘you’re disgusting’ at me and my boyfriend as we just walked in to Tesco to buy some food on a Saturday evening at around 5pm.

And it’s all the other stuff that comes with it too.

The fear that the extra-long stare might just turn into a punch, the nervousness about reaching out and holding his hand. Where you go on holiday, who you go with, what you might do, the kind of bars you might drink at.

It’s all of that.

If only coming out was just once in a lifetime

So maybe we should stop saying that coming out doesn’t matter. Because I feel like I’ve come out more in the last few months than I ever have in my life.

Bloody hell, if only coming out was just once in a lifetime.

This year, have a think. How many times do you come out on a weekly, daily, monthly, yearly basis? Whether you're gay or straight. It’s bloody loads.

So please, let’s stop pretending it “doesn’t matter” – cos it really does.

Of course it matters - because we have to do it all the time.

That's why, every coming out day I remind myself about some rules of coming out –

Don’t force people to live in or out of the closet.

And don’t say it doesn’t matter just because for you it may now seem a distant memory or you've forgotten what it feels like for a few days.

Think of those moments when you’re really afraid – you might not tell anyone, you won’t let it show, you’ll pretend its not happening but when you want to say the words ‘my boyfriend’ and ‘my partner’ comes out instead. Or when you think about how you’re walking, not to look ‘too gay’ and ‘give it away’, or when you hold back from laughing because you might be ‘over the top’.

Those are the moments when coming out is really damn hard.

Whilst coming out proper is the most relieving thing once it’s over, the reality that it isn't the only time you have to come out in your life will hit.

So it’s time we stopped sugar coating it and were there for each other more when it matters. It’s okay to say it’s not always easy being gay.

It does and can get better - and easier – but only if we all stick together and challenge intolerance wherever and whenever we see it so coming out can be empowering rather than a relief.