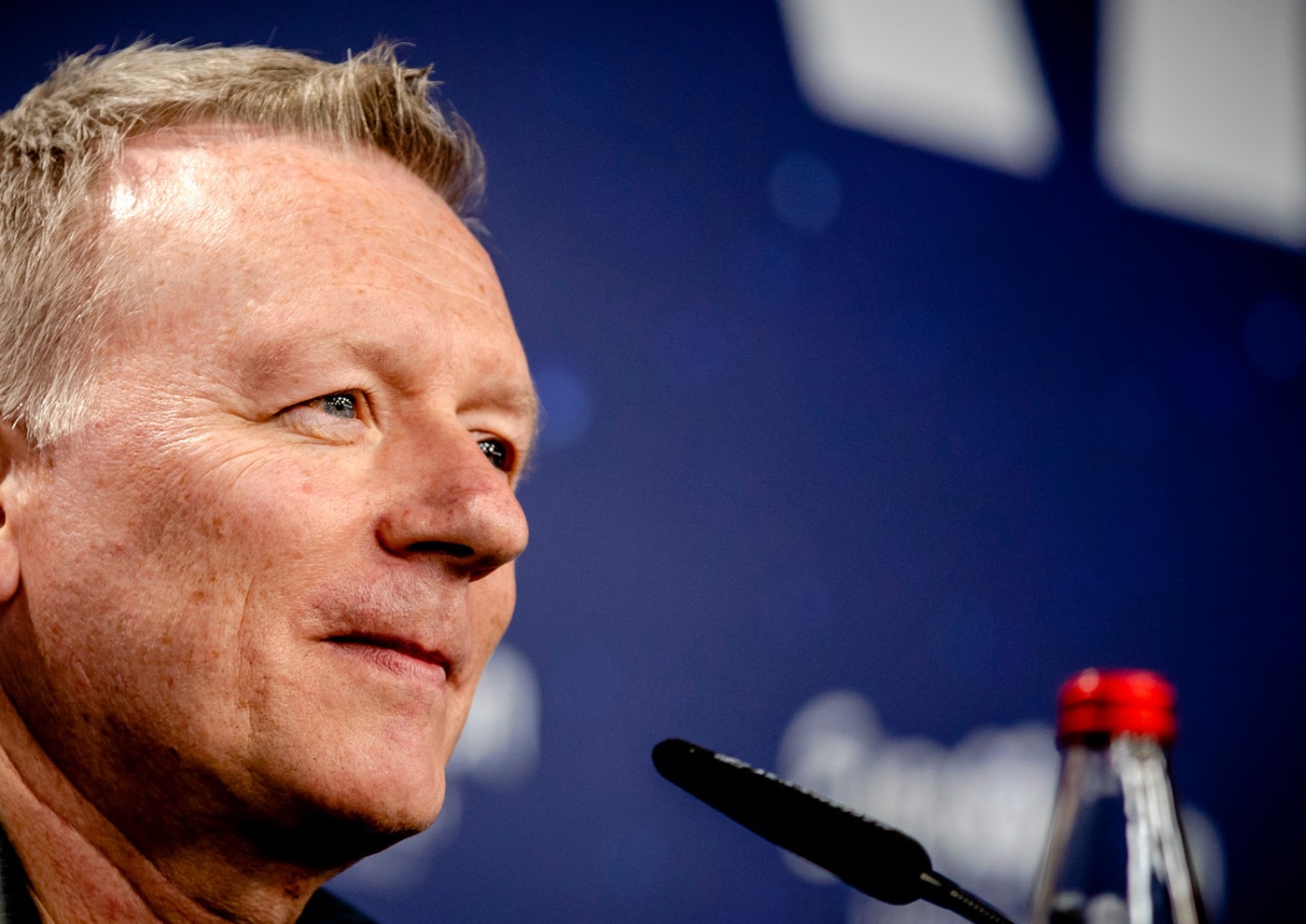 Jon Ola Sand, Eurovision's Executive Supervisor, is shifting the contest and its brand towards entertainment - a strategy that could suit the BBC
Photo: ANP Kippa


On the shores of Lake Geneva, Jon Ola Sand is reshaping the world's biggest music event - the Eurovision Song Contest. With a new focus on entertainment, his roadmap offers an opportunity to Britain's state broadcaster which itself is seeking a new purpose in a changing world. Consolidating the BBC's offering in an era defined by austerity could help the Corporation redefine itself and take on its new challengers in the years ahead. What better way to contribute to this new strategy than hosting the biggest entertainment show in the world on home soil? With the EBU cooking up a new recipe for Eurovision, the BBC should be the first to jump on board.

The BBC is changing, its role is changing and its approach to entertainment could be about to change too

Scandal, crisis and financial restraint is costing the BBC. In truth, even its product itself may be under threat. Straddling the emergence of on-demand TV by moving more of its own services online, at the same time the BBC has lost government funding to deliver grants for the arts and foster new talent on the ground. It is having to cope with defining its public service role in a constantly twisting and turning landscape - and is being beaten fair and square by Channel 4 which itself now looks more like a true public service, thought-provoking and educational broadcaster defined by the modern age. In truth the BBC's offering is looking increasingly dated as it scraps what should be successful new shows and tries to cater for its haul of free license fee holders which also swallows much of its funding.

But for all the challenges it faces, the BBC still rules a commanding roost for the consumption of news and entertainment across the UK. Indeed, by the end of 2016, that may well be all the BBC has to offer as part of its terrestrial deal: a slimmer, funnier and more reliable state broadcaster with the sole aim of informing and entertaining Britain.

No more teaching kids to code. Offloading expensive sport and foreign dramas. Ending distributing funds to small British production firms. Instead, splashing out on big national events; award ceremonies, Sports Personality of the Year, extending the BBC’s lead on Saturday night entertainment and driving British drama. Hiring the biggest names and keeping them. The home of British television and radio – for the family and every generation – the only station you put on in the car and the first station you turn on back at home. A national broadcaster in a more austere nation.

Filling a gap with the biggest entertainment show in the world

So what then does the BBC actually do to make such a statement?

Perhaps it should consider hosting the biggest entertainment show in the world.

Yes, the BBC has a complicated relationship with the Eurovision Song Contest. Full of honour and glory as well as just pure, dire embarrassment. But the contest's brand in the United Kingdom is already rooted firmly in the entertainment space.

Indeed, those of us arguing for the further ‘musiciasation’ of the contest seem to be on a losing path. Not half due to the strategy of Jon Ola Sand and the European Broadcasting Union to move Eurovision’s brand towards entertainment. Playing on headlines with the introduction of Australia, supporting and driving forward SVT’s modernisation of the format and overall creating a more Western focus - Eurovision is reinventing itself, all with the help of a now globally famous winner like Conchita.

Driven by higher viewing figures in new markets, together with Sweden’s SVT who are extending their domination at the heart of the contest, the EBU is ruthlessly executing their strategy. Those who seemed to exercise authority within their own right – or have a different vision of the contest - have been quietly moved aside, culminating with the sacking of the Executive Supervisor of the Junior edition of the contest despite taking the show from strength to strength in what has been a staggering professionalisation of the show and producing phenomenal recent winners.

Many have long wished to see a similar strategy playing out in the UK. Fraser Nelson has long been a proponent of offloading the contest to a broadcaster like ITV that ‘gets’ entertainment - but in the last few years we have seen that in fact, it is the BBC that actually ‘gets’ entertainment – pulling in millions more than ITV into Strictly and Bake Off. It just misjudges that where Eurovision is concerned, entertainment has no need to be trashy or lazy.

Hosting Eurovision could be right up the BBC's street

Hosting Eurovision could therefore fit perfectly for a broadcaster looking for a new trademark. It could also be an instant money-raiser for the Corporation as well, or something that at least pays for itself - a bonus for a broadcaster looking for cheap ways to compete in difficult times. Indeed, the BBC is still considered to be one of the last broadcasters to make a pure profit hosting the contest in 1998, and even with the growth of the contest into a week long event, it certainly could easily do it again - with only venue costs being a challenge for a large broadcaster like the BBC and its technical expertise.

Above all, the BBC also knows how to put on a show - and the hosting of the Eurovision 60th anniversary event on BBC One, in prime time, was a display of its confidence in growing Eurovision as part of its entertainment offering. The BBC will have fended off other European broadcasters for the rights – so it does show progress.

But of course, for it to be able to use hosting Eurovision as part of its entertainment strategy, it means coming up with an entry that could actually win the thing. The horrific outing of ‘Electro Velvet’ in Vienna was enough to doubt the BBC in its entirety. But we, and its own producers, have hopefully seen the message from Molly in Copenhagen, and perhaps earlier from Jade in Moscow, that it can do better - when it tries.

So, if the BBC really is in the game of entertainment television – what better way than hosting Eurovision itself.

We will have to wait and see what the Beeb issue as their ticket to Stockholm. But if we are to ever have some level of confidence, perhaps it is now the fact that the BBC needs the contest more than it has done before. The Eurovision brand, its name and its new game may just mean that the stars may align for the UK in Stockholm.

That’s if the BBC knows what it’s doing of course.