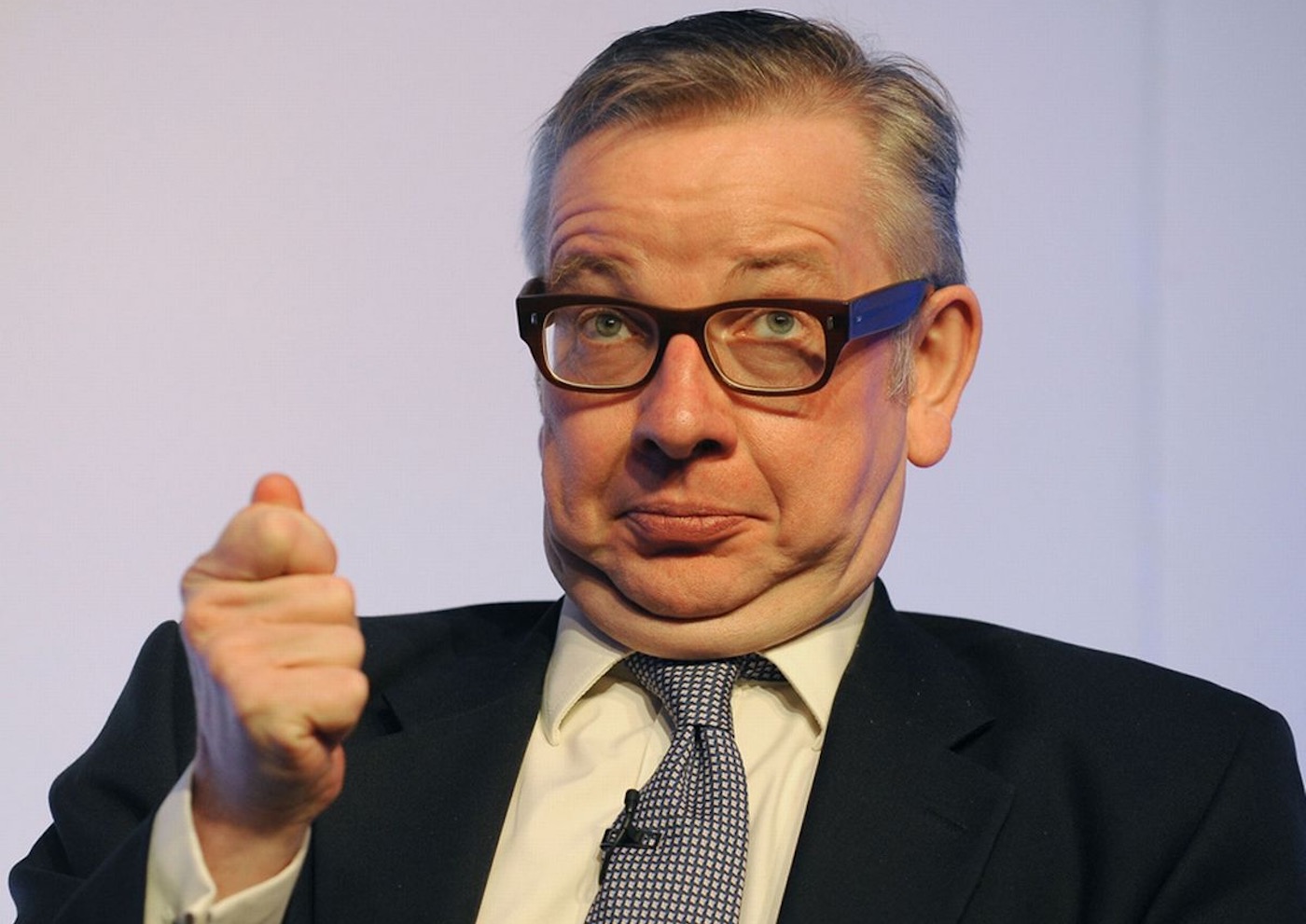 Burying their heads in the sand – national and local government act as if youth centres and support for young people doesn’t have anything to do with educational attainment
Photo: PA


Norfolk’s children’s services are in a dire state. There’s no hiding from the fact they’ve been graded inadequate by inspectors and shown to be failing the most vulnerable, all when they are at most in need. A lack of leadership in our county is one of the biggest challenges we face – but combined with an ageing idea of education being pushed down from a city elite in Westminster – we are seeing the disastrous result first hand; a distant and dwindling government alongside an increasingly desperate and powerless local authority and a crisis that is giving young people, parents and carers little hope that things can change for the better.

It has become far too easy for our schools, teachers and pupils to become a convenient scapegoat for a systematic failure to make education work.

A complete lack of vision for what education – and not just schools - looks like in the county has resulted in the total loss of trust locally.

In Norfolk, a children’s services department creaking under its own weight, is struggling more than most.

Just last week the Secretary of State for Education came wading into the debate promising that the same old tired ideas that are putting schools at risk of failing future generations will solve today’s problems.

The simple fact is that Norfolk deserves a better answer to a crisis of leadership than some half cobbled together press statement on Free Schools. Because the real risk in Michael Gove’s words is that the Westminster government gives up on local government. That it loses patience and believes outsourcing our children’s future is the immediate task in front of us.

Nowhere is it more urgent to prove that local governance can be a solution rather than just a problem.

The future of Norfolk’s kids depends on it.

Too many find it too easy to write off Norfolk’s problems as some sort of middle class and affluent grumbling. But rural communities are being failed by all sides of the political spectrum – and if political strategists want to get real about the rise of UKIP then they need to wise up to the problems facing people in rural communities.

Norfolk is a big county.

Many of our local communities rank in the 10% of the most deprived areas in England.

Even at our most urban we’re cut off from each other and the rest of the country with poor infrastructure.

A car is an essential, not a luxury.

And the cost of getting by is just as high as some parts of London.

Nearly 20% of our children under 15 years old live in income-deprived households - and in a county this size tackling those challenges isn’t just met in local communities, school by school or imposed by government.

It requires strong local leadership at a county level – with real direction.

But this is a county that from 2009 was dominated entirely by just one voice.

The former Conservative administration clawed itself to over a staggering 70% of Norfolk’s representation – a complete monopoly and it left an utter mess.

For years a council that was more willing to fight with itself on petty personality politics than stand up to Westminster and secure a better deal for Norfolk.

In 2009 the county was already one of the lowest spenders of any local authority on young people.

Yet by 2011 the blue, and grey, establishment hadn’t just decimated Norfolk’s youth services – they had completely destroyed them.

Over 300 youth projects closed as youth centres were sold off - whilst advice and guidance programmes for young people’s sexual and mental health were shut down.

But the council said they “weren’t worried” – because local people would pick up the slack.

Now there seems to be some sort of confusion as to why education and children’s services in Norfolk are in chaos.

Michael Gove should get out of the detail

The government just keeps telling kids they aren’t working hard enough and tells parents that the school day just needs to be longer; all whilst kids in Norfolk are already having to get up in the dark at 7am so they can catch the hour and a quarter bus ride to school that their parents have already had to stump up over £400 a year for.

Living 20 or more miles apart from their friends, town centres are still hostile with warning signs about dispersal and restrictions on young people – practically banning them from getting together. But town and parish councils sign-up on the dotted line because closing county youth centres has them scared anti-social behaviour will creep up and it’s just a cheaper solution to clear the streets.

Burying their heads in the sand – national and local government act as if youth centres and health and careers advice don’t have anything to do with educational attainment.

This, all whilst Michael Gove ‘addressed’ our schools crisis last week and said that there’s now fresh guidelines on the litter-picking punishments teachers can impose on “rule-breaking kids” and a clearer idea of when teachers can intervene “physically” in discipline.

Norfolk’s education system needs direction and support more than ever before. But the mission is becoming less clear in a county that isn’t quite sure where it is heading – with our local MPs that are disempowered at best and disinterested at their worst.

The government has stopped talking about green investment and jobs apart from when it comes with a photoshoot – yet Norfolk’s economy could be given a new lease of life as the future of the green economy.

But instead we’re now being told that the education system has no part to play in making that a reality.

Gove sees it as some sort of achievement that the number of kids studying ‘traditional subjects’ at school is up 40% in Norfolk and that there are more academies and free schools than ever before.

He’s proud of making an education system even more fractured and inconsistent in a county where services have been described as a complete miss-match by inspectors hanging a huge ‘failure’ sign around our neck.

He says going back to basics is ambitious – yet in reality it’s just disastrous.

Our schools are being told they are a failure when compared to a national average in exams and qualifications with no consideration given to the fact that Norfolk’s teachers are already travelling for an extra two hours on top of a day’s work just to get home – all whilst delivering youth services and extra-curricular work themselves, because their local authority won’t.

Parent governors are unsupported but continuously being given more power – as schools jerk from side to side and become increasingly independent in a county where kids come from 30 miles around with no joined up thinking or strategy.

A moment of opportunity we can't afford to lose

A new county council here in Norfolk is strung together on a knife-edge with a UKIP time-bomb sat in the middle.

The Labour-led administration is attempting to deal with the immediate crisis in children’s services by sticking on a course set out by the previous administration, but there remains the risk the government loses patience and takes the department off their hands. A situation that would likely bring in more top-down management and cobbled together policies looking for a quick fix – all without solving the underlying issues that allowed it to get into such a mess in the first place.

Just like turning around failing schools – a drive for a quick change of staff rather than working for a sustained improvement just leads to sustained failure.

It may be a convenient narrative that failing schools are at the heart of the chaos and the lack of opportunity offered to Norfolk’s young people – but it’s been the decimation of youth services and a lack of trust in a tired and aging political landscape that’s failing to turn things around.

No amount of political posturing on free schools or discipline is going to get education working for young people and the most vulnerable. That’s why Norfolk must stick the hard course in working hard to turn around our children’s services but we have to begin to put local schools at the heart of that future rather than slagging them off.

It means tough decisions about fighting for where the extra £16m promised for Norfolk schools ends up. We can allow it to be swallowed into the free schools and academy budgets – or use it to deliver a new model for youth services across schools and local communities.

It means recognising that if we just keep fighting to shut existing free schools and academies when they’re already here we’ll end up failing the pupils in the most independent and volatile schools.

We need a real strategy for how free schools, local authority and academy schools can come together under a new direction for education and children’s services in Norfolk.

A strategy where we focus on the child at the heart not the structure of the school itself.

A vision that encompasses youth services and extra-curricular work – that are there to keep kids in education just as much as keep them out of antisocial behaviour. Leadership that challenges our schools to put themselves at the heart of Norfolk’s new economy. Working with local employers, being ambitious and focusing on rebuilding our local communities – rather than playing into Michael Gove’s discipline distraction and banning girls from wearing skirts.

We have to start to map that future for our county – rather than just talking about new ‘powers’ for local councils post-2015 or different structures for our schools.

If we rise to that challenge we can lead the way in how local government can show real leadership even in the toughest of times.