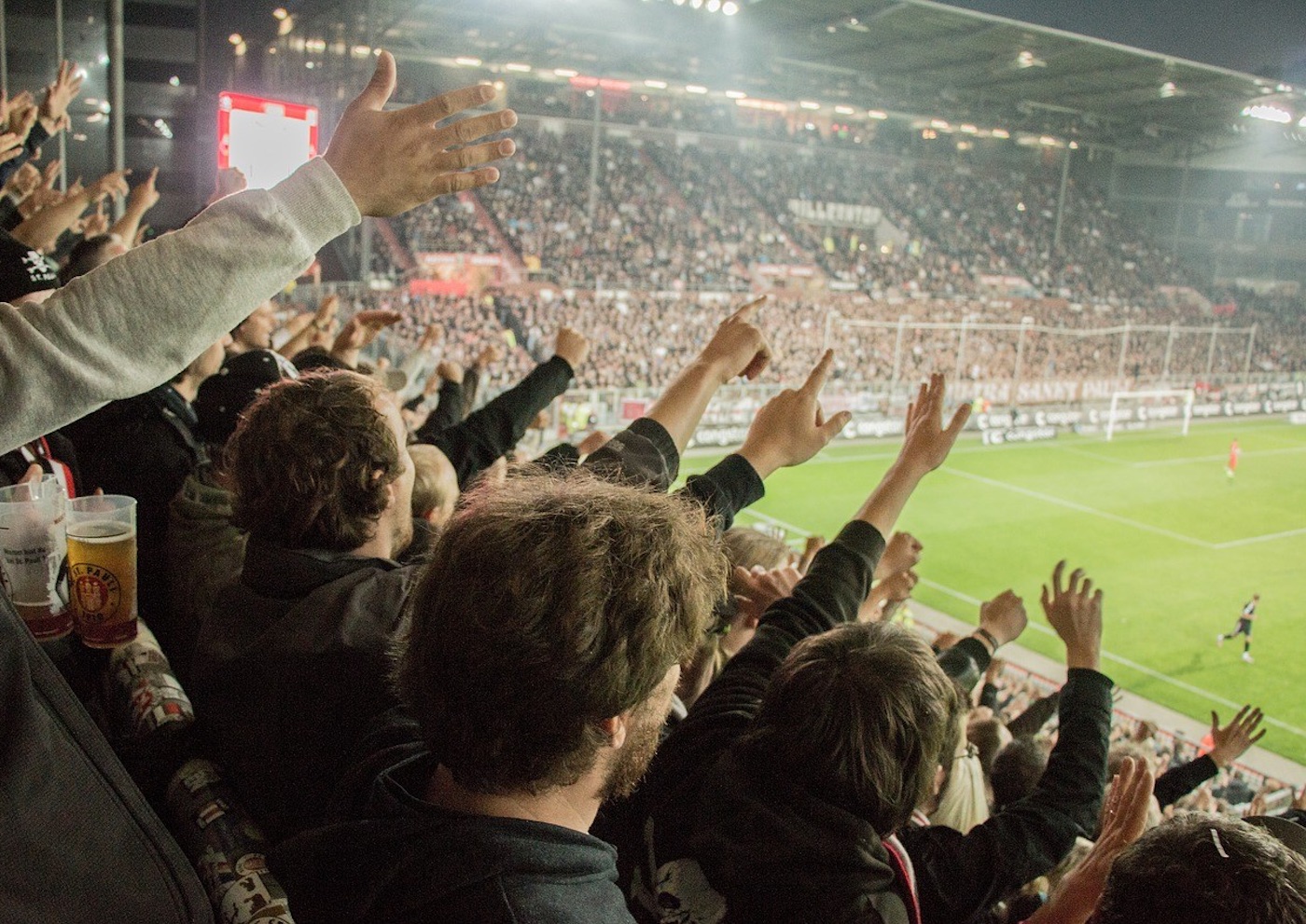 If footballers keep blaming fans and the fans keep blaming the clubs homophobia in football is never going to be kicked out. We need leadership - from the top - not more excuses.
Photo: The Brussels Times


This week the national captain of Germany's football team has waded into the debate about homophobia in the sport - again. I believe he’s wrong – society already accepts gay professional football players because gay footballers are just footballers. But if FIFA and the FA keep shying away from tackling the issue head on, the misconception about homophobia and football will continue to impact on the lives of fans and players alike. Let’s get a grip and let’s kick out the stereotypes.

Let’s ditch the conception that football stadiums are just full of ‘typical blokes’ and at the same time lose the idea that a ‘typical bloke’ can’t be gay.

Today Lahm says he doesn’t think ‘society’ is ready to accept gay professional football players, not least because of what he describes as the ‘gladiatorial’ nature of football.

But his comments are just another in a consistent series of players blaming fans and fans blaming players.

The real question is who can lead on this, and more importantly will they?

For all the ‘hype’ - or for want of a better word tripe - on this issue propelled forward by the media, the typical football fan couldn’t care less.

I commend Lahm for speaking out about the issue in some ways, but it’s dangerous to brand all fans in stadiums as blood thirsty homophobes and racists just looking to hurl abuse at the first guy who walks out on to the pitch.

Out of 26,000 fans in a football stadium there will always be a few people who don’t know that ‘faggot’ and ‘puff’ might just not be acceptable words to shout if someone misses a shot at the goal. And that's what this is about - rooting those out of stadiums and out of sport.

But if footballers continue to put the blame on fans, we’re going back to square one – going nowhere.

Stereotyping on either side helps no one – so let’s ditch the conception that football stadiums are just full of ‘typical blokes’ and at the same time lose the idea that a ‘typical bloke’ can’t be gay.

At least one Tory MP is today saying the same thing about marriage that the media are saying about football – that there is somehow a difference between something ‘normal’ and something ‘gay’.

Is a ‘gay’ marriage something different than… 'normal' marriage?

I’m pretty sure that marriage is just about two people who love each other sharing that commitment with the world.

But we call it gay marriage because it’s easier blaming it on public opinion than saying that it’s about homophobia and we call it ‘lives off the pitch’ because we can’t bring ourselves to get over the fact that a footballer doesn’t leave who they are in the dressing room – The UK is liberal on gay rights, it’s just our media that loves the show.

Stereotypes cause controversy, and controversy divides people up and pitches them against each other.

Kicking homophobia out of football is much easier than it seems, because fans aren’t homophobic – we know they’re not.

Players aren’t homophobic, they just want the issue to go away.

So let’s stop pretending that we can’t change the status quo.

The FA and FIFA must unite fans and players together to tackle this issue – and they must do it now.

There’s 2 openly gay professional footballers, neither of them are in Britain. But I am certain it won’t be long before someone is either put in the position where they are forced to ‘come out’ because of some media thirst for a story, or that a player in a certain club may feel they have a good enough base with their fans, their club and their team to be comfortable being openly gay.

If FIFA and the FA don’t take action on this now the environment awaiting openly gay footballers will be the same as it is today – full of rumour and misconception rather than honesty and example.

And if FIFA won’t bite the bullet then we as ordinary fans and sport followers need to stand up and shout out about how our sporting arenas are not gladiatorial blood baths – but instead they are places of hope, inspiration and passion.

We need clubs to work with fans and players alike to build an environment where a gay fan feels just as comfortable as a gay player.

Because at the end of the day, gay football is just football.