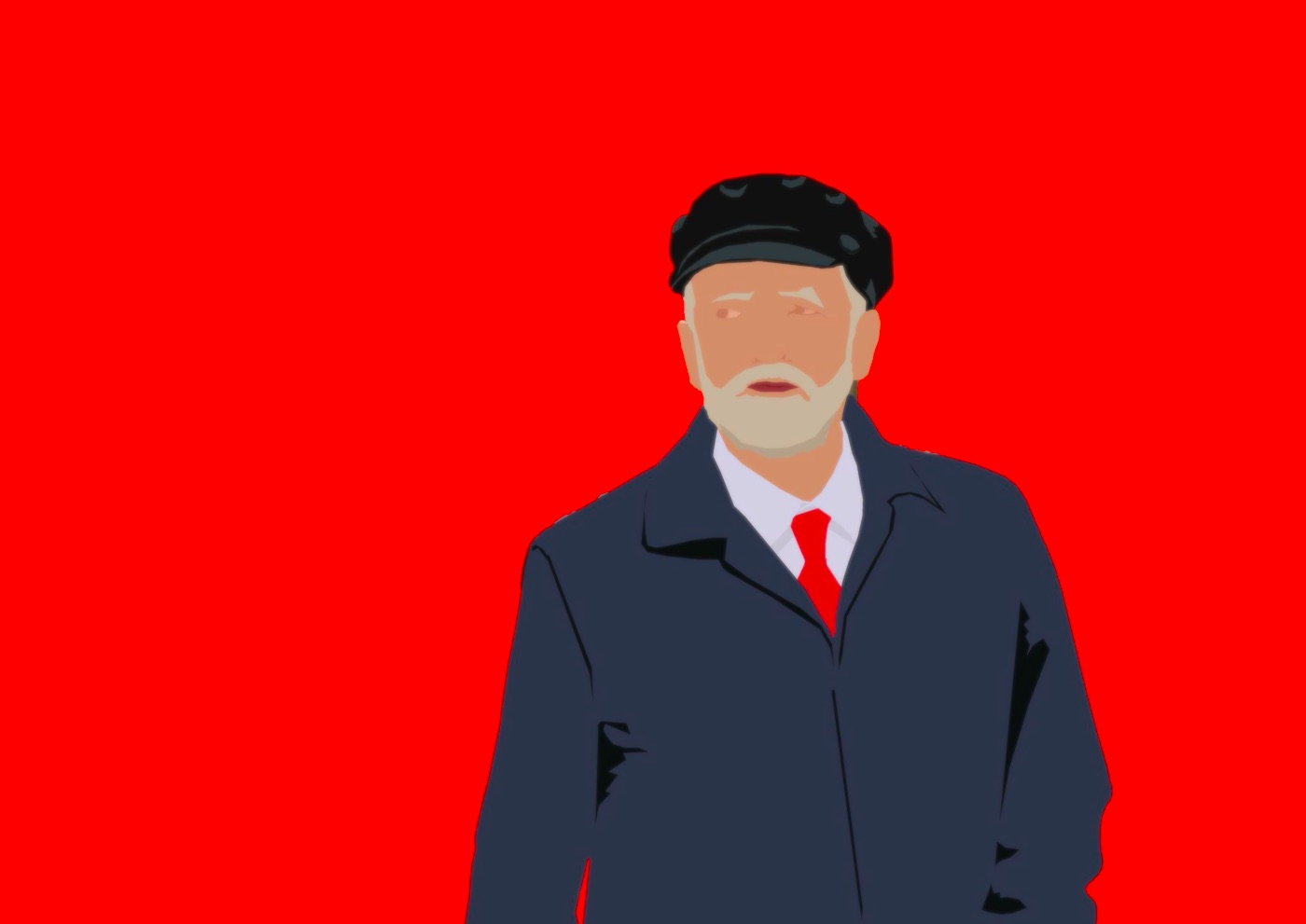 Jeremy Corbyn's leadership has allowed antisemitism to fester and come to the surface just a year into his leadership. Imagine what he will do by the end of it.
Photo: Awdinle Online


People choose where to draw the line in the sand. Maybe it was something someone said or did. Something changed, or the way they were treated. Some people join the Labour Party because their parents were members and its a long-running family tradition. Others because of single issues; whether it be human rights and the NHS just to name two or wider beliefs and values about our country. Whatever your reason, everyone joins a political party to make Britain - and the world - a better place to grow up and live. But when that party no longer represents you and what you believe, it's time to call it a day. That's why after nine years, I'm leaving the Labour Party. This is where I draw my line.

This is not the politics of hope

Whilst I didn't think he was the best choice, he was the only choice.

Naivety on my part perhaps - and yes, optimism quickly turned sour when it was obvious we were going to continue the way we'd been going.

And then the financial crisis happened.

The generation defining moment - that would change politics and Labour for decades - and a moment for Gordon to shine.

But it has been Labour's response to that crisis first, and secondly throughout the changing threats in the world and the so-called 'War on Terror' that has floored the party's reasoning and reactions. But worse than that - it has made it self-righteous. It's clouded its collective judgement, and left it with an inability to reason or negotiate. And throughout it all, from both sides, trashing the party and its record.

Just yesterday I read an article about how much London changed under a Labour government and a Labour mayor. Young disadvantaged BME kids in the capital are now outperforming their white peers all over the country. Yet, the picture painted by the left is the total opposite - that Labour not only left them behind but didn't care. It's just not true. But where's Ken? No he's not defending Labour's record, he's talking about nuclear weapons.

You see it's not actually the policies or the platform of the left that's the problem. In fact, if Jeremy and his crony gang just went on to preach the 'politics of optimism and hope' that so many people were promised then we would, of course, still lose - but lose with our heads held up high. Something to actually believe in.

But that's not the case.

We don't have the 'politics of hope' - its the politics of Trident and distraction, loathing and fear.

Bernie Sanders, we are not.

Labour has instead become the Republican right - a party which mobilises superficially through scaremongering and piggybacking issues and causes.

This isn't a genuine movement for change.

It's not that we want a nuclear free world, it's that ‘Tories are evil fascists who want to bomb people and we must rid Britain of Conservatives’.

Labour hasn't rediscovered its purpose - but it has found a new one. Betraying the very values it was built on.

This new party - built on hatred of Tories rather than a desire to change the country - cannot be a sustainable political party. Particularly when people actually vote Tory.

Clement Attlee didn't come to power on hatred or sidelining Conservatives, he worked with them to save Britain and the world from fascism, and went on to deliver a truly radical government.

He's probably a Tory now too though - as is Wilson no doubt. What an establishment prick.

Bill Clinton and Barack Obama built a politics of optimism and excitement.

Whilst most recently Justin Trudeau actively told his supporters to see Conservatives as their neighbours, not their enemy.

Corbyn and his crew don't deserve to be mentioned in the same breath as any of these political leaders. Corbyn can't lead his supporters, let alone his party. God forbid our country. His activists aren't even bothered about leading their communities - they just shout and preach a perverted politics that blurs the lines between challenge and harassment and legitimate protest and anti-semitism.

The rest of the wet fish cabinet should realise they'll be going the same way when the whole thing comes crashing down, no matter how long it takes.

Today, of course, Andy Burnham, in that fresh new politics way abstains on a bill that the Labour left would be in uproar about, save for Corbyn being a mute in the leadership.

This cabinet - and this party - will lose, again, and Britain will be worse off.

And that was still enough for me to be part of it.

But now? These supporters and the leadership have gone too far. They're just simply people I no longer want to be around.

The hatred they have for some people who don't deserve it is stunning. And yet their love for people who will eventually turn around and stab them in the back is fascinating.

David Cameron is not a fascist. Corbynistas are not being shot and killed or locked away in prison. You just can't win an election. Big difference.

But they genuinely believe this nonsense.

And the petty bitching and in-fighting and, more seriously, bullying is far worse now than it ever was under the new Labour years. And yet somehow that is now acceptable because it's apparently left-wing bullying and harassment. Everyone else in the country sees no difference and it's time Labour came round to their way of thinking.

Through all of that, I was still in. I kept slogging.

But there's always one final straw. The one that pushes you over the edge.

That one thing that you just can't come back from and where change does not seem possible.

Antisemitism in the Labour Party is real, abhorrent and unacceptable. That's not an attack - it's just a fact.

I came to learn about anti-Semitism in the Labour Party.

People, and some now MPs, taught me that you don't need to hate Israel to be pro-Palestinian. It's that hatred itself is the problem.

One expulsion won't end that culture.

No amount of campaigning or plotting will either.

The reasoning I’ve come to is that it is the leadership - that just like Trump in the states, has blissfully allowed this resentment to grow and grow.

It is that leadership that has to change otherwise it will find very quickly that movements of fear die quicker and harder than missions of hope and optimism.

This isn’t about just ridding Labour of its new found self-righteous bullying and hate-filled politics of envy and the past, but about finally putting the party on a path back to power after 11 years of wandering into the wilderness.

But this hatred stuff isn't going away unless people do something about it.

It is impossible to challenge this stuff in the party until something changes. That won’t come from the grassroots - someone has to be willing to lead.

That has been the problem for some 11 years. A lack of real leadership, vision and compelling truth-telling.

If Labour was just naive I'd stay. I think we could all live with the disappointment of another four years of ‘hopey changey’ stuff. But it's not naive- it's rotten.

Cancelling a direct debit is hardly the thing of radical dreams and protest. But it's the only thing left to do - to starve this leadership of what it craves.

It’s not much, but in my head at least I know I won’t be part of it.

When it comes down to it, the decision was made quite easily - because at the bottom of it all I'd rather be a movement of one, than in a cult of fear.

The red flag does not fly here anymore.