Making your mind up time 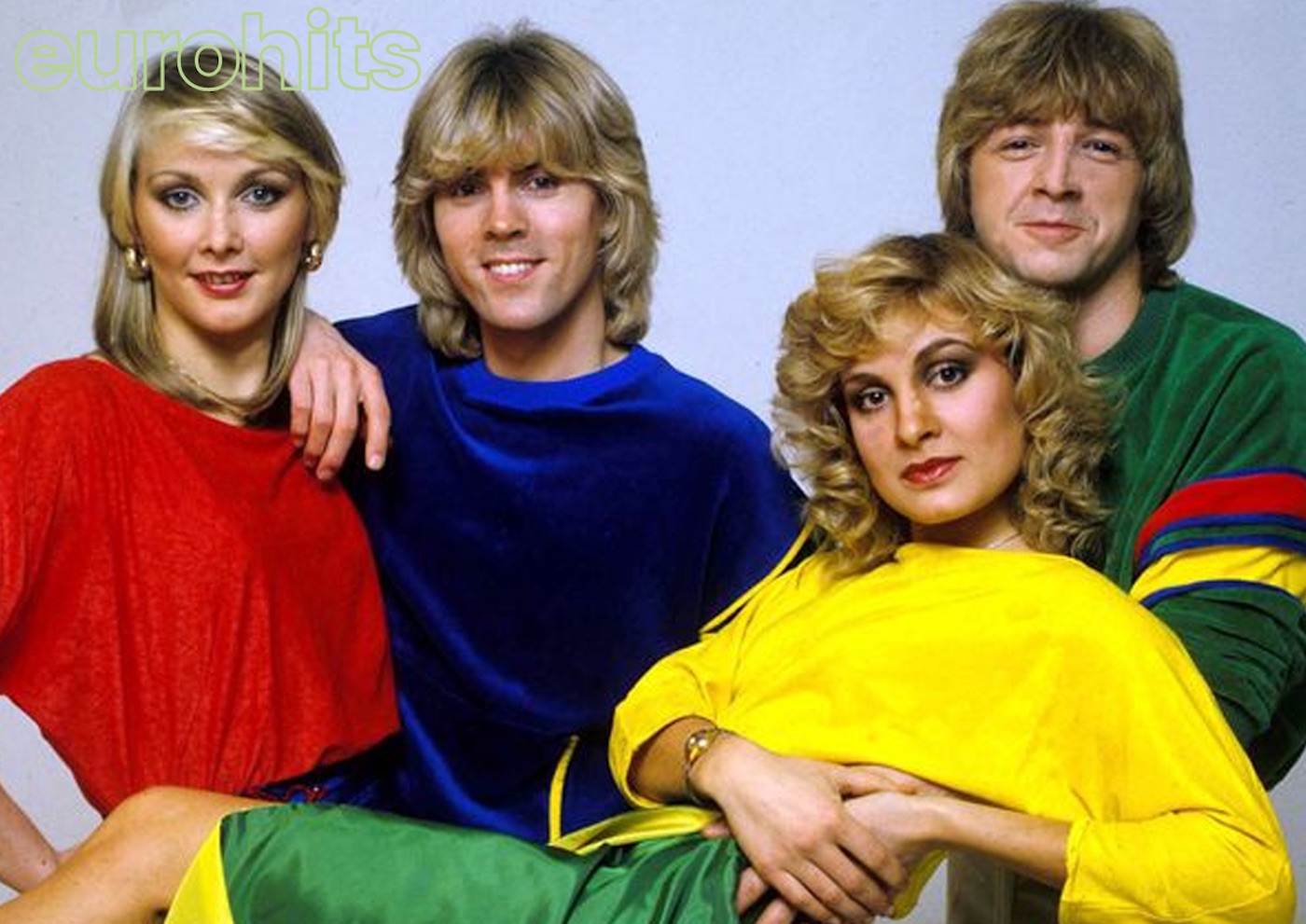 It’s time for the BBC to launch a proper fightback for the contest we love and loathe and be at the heart of the music industry and new talent for another 60 years ahead
Photo: Odi O'Malley


As Copenhagen officially becomes the host city of the 59th Eurovision Song Contest, somewhere back in London - or perhaps now in Salford - someone is no doubt scrambling to put together a press releases to unveil who will be flying the flag for the United Kingdom in the Danish capital – but we all know, no matter who the artist is, the BBC just don’t seem to get it anymore. As the contest heads towards its 60th birthday – it’s time for the BBC to make their mind up about the future of the contest in the UK.

Eurovision is a European music powerhouse

There’s an artist who spent six weeks at Number One in their own country.

They were number one in no less than 19 countries, signed to a major label and the track still gets radio play across Europe.

And if you asked people what TV show they reckon this artist came from, the top answer would be somewhere between X Factor or American Idol.

Well – something devised by Simon Cowell and Simon Fuller anyway.

But they’d all be wrong.

Because nah – it’s not Syco.

And it's Loreen and ‘Euphoria’ – without any question the biggest Eurovision hit for decades.

Four million people watched the programme that chose her to represent Sweden back in 2012 – a powerhouse of young talent, making the ABBA glory days seem a very distant memory.

Not only once again in love with the Eurovision Song Contest itself, but even more in love with its national selection. An annual star studded line up with a mix of fresh talent, big artists with huge song writers and most importantly of all – primetime viewing for the biggest record labels in the business.

But it’s not just in Scandinavia that the Eurovision takeover of the European charts has been forged.

Lena went double platinum in 2010 when she charted at number one in six countries, topped Billboard’s European Top 100 and ‘Satellite’ was the second biggest download release in her home country just behind – Lady Gaga.

Germany’s broadcaster and production company Brainpool even set up a joint record label to launch her single and after a decade of disaster and failure, a vision and a new idea of what Eurovision was, took a country by storm.

They won breaking conventional wisdom – and with what was, at the time, the most radio friendly track to win the contest since ‘Fly on the Wings of Love’ in 2000.

Yet it’s now 17 years ago that Britain last managed to capture the Eurovision title.

And with the opportunity of an annual global audience of 150 million viewers, the BBC has continually given us three minutes of enduring an international embarrassment.

And let’s not even get started on the ‘retro’ years with Bonnie Tyler and Engelbert Humperdinck.

And it makes bad TV - the viewers just switch off.

And it’s this that gets me annoyed.

From drama on Channel 4 purchased via Israel and the United States, through to the BBC’s bidding war and disastrous launch of off-the-shelf format ‘The Voice’ – viewers are turning off their box and firing up their iPad to watch their pre-downloaded entire series of HBO and Netflix dramas they can watch on the train.

And when ‘Strictly Come Dancing’ is your best performing format you need to take a long hard look in the mirror, BBC, because there’s no direction, no vision, no understanding.

It’s so uninspiring and unimaginative – and it’s a damning indictment of a national broadcaster struggling to see, let alone find, its place in the 21st century.

The BBC can keep on the same path, and continue to fail

Driving new talent should be – and must be – at the heart of our public service broadcasting.

People who hold such potential, amazing at what they do and who could be immensely successful, given half the chance.

Yet in the UK with arts funds and grants being cut off, more and more kids are growing up with the idea that the arts, music and culture is a nice fluffy idea- but you should really just get a real job and quit mucking about.

We’re cutting off opportunity for thousands of people looking for their big break – and they are working hard every day for it. They’re spending their own money just trying to get within earshot of a major record label. They’re aspiring entrepreneurs – using social media and the internet to market themselves and share their love for what they do.

A generation of creative, inspiring and genuinely exciting people.

Written off and told to move on.

Young artists who would kill for three minutes to be on that stage in Riga, Oslo, Malmo or Baku.

Songwriters who deserve a chance and artists who just need their big break.

And yet the BBC sits there and puts two fingers up in their face.

Because, the Corporation has completely lost its way with the song contest it used to be so good at.

It was blindsided by the introduction of public voting and a much more, active, younger audience and completely failed to respond to the vast expansion of the contest eastwards.

It couldn’t read the shift from a couple of thousand people sat in dickie-bow-ties and suits watching a mild mannered light entertainment singing competition, to the transformed contest of vast arenas with over 20,000 screaming fans.

Dazed and confused by a generation turning to Pop Idol, Popstars and X Factor – the BBC sunk into its comfort zone, writing Eurovision off as cheap easy TV.

Its potential - not just untapped, but completely rebranded as a waste of time.

A bit of a laugh.

And if the BBC just keeps catering for a generation gone by or believes its only mission is to win just to justify its participation – then I hope it does all a favour and just runs it on BBC3 with lower viewing figures.

So go on telling viewers that 90% of entries are a ‘joke’, just because you don’t want to take the effort sharing European culture- music, traditions and values.

Make fun when Timbaland writes an entry for Russia and call it ‘cheating’.

Trash it all – make it seem like we can never win because we’re too classy or keep a brave face and say how nice the artist is – even when their performance resembled a car crash.

Because you’re right, nobody really cares and you won’t be held to account for it.

And so I guess after two years of the golden oldies, the BBC will attempt to react to the criticism of another disaster by turning to a younger artist for 2014 – another internal selection of a ‘big name’ because apparently it means good ratings.

I highly doubt it will take the option to actually turn back the tide on the cynicism that it started well over 10 years ago.

A quick spray job perhaps – but no real desire or sense of mission to make something of the opportunity that Eurovision presents.

To me it’s no surprise that the UK’s best results, and only highlights so far this millennium, have both been ballads sung by young women found through TV talent shows.

Jessica Garlick came to the attention of the public initially in Pop Idol – the show that shot Will Young and Gareth Gates to fame way back when in the early 2000s. She secured a joint third place in Tallinn.

Then, as seven year wait for another top five placing – embracing its own comfort show, the BBC signed up Lord Lloyd Webber and we (re)discovered Jade.

But despite providing us with some decent results, we don’t need the blood thirsty cut throat win or lose attitude of the Cowell empire.

We need a public service broadcaster embracing new values of social enterprise – a BBC that is imaginative and innovative – but one that also sees there are lessons to learn from Syco’s impressive discovery of untapped talent, which is now finding its way into Eurovision through other countries.

No other broadcaster in the UK that is part of the EBU can learn both these lessons.

And if you’re looking for the last chart success for the UK, you have to go back to 1996 when Gina G was at the top of the charts. Remaining the UK’s most successful commercial entry in 18 years, ‘Ooh Aah… Just a little bit’ came eighth at Eurovision. Does it matter?

A Grammy Award nominated hit that found its way to the Billboard Hot 100 in the United States.

We proved back in 1996 that you don’t need to win Eurovision to showcase brilliant talent and reap the rewards.

Participation with a purpose

So BBC, why not use money saved in axing the national final back in 2011 to contribute to setting up and launching a national new talent programme?

Going out to find and support outstanding new artists and songwriters with reams of untapped potential in partnership with record labels offering a network of short-term, paid, internships and apprenticeships across the music and TV industry – a campaign built around inspiring people to go out and end that 18 year wait for a Eurovision Number 1, rather than ‘Believing in Bonnie’ to bring us home the prize of hosting the €30 million show.

Not only discovering new musical talent, but forming new ideas about the future of broadcasting in the UK and across Europe.

An innovative new on-screen interactive national final and coverage from the finals that makes the most of tablets and phones, because fans need to stop pretending that we need five semi-finals costing millions in arenas across the UK.

But instead a new way of engaging millions of viewers and fans that Eurovision has in the UK, at the cutting edge of entertainment TV.

Because we need a BBC that finally re-discovers a purpose in Eurovision.

A guaranteed three minutes in front of 150 million people, not just the biggest event of its kind but a platform for exciting and brilliant new talent.

The UK can once again get back to doing what we do best – racking up record sales, exporting new music, promoting success and delivering quality entertainment.

But most of all seeing a new opportunity, ploughing millions back into arts funding.

A new approach that can show the UK can truly lead the way in setting a new direction for the contest that is facing its own difficult transition as broadcasters seek to cut costs and participation levels fall.

Eurovision’s rebrand in the UK starts at home, not with a win in Copenhagen.

And Eurovision’s future will be secure when broadcasters force the EBU to think outside the box.

We shouldn’t settle for anything less than an innovative and inspiring public broadcaster that doesn’t just count up the license fee pennies, but sees them as an investment in the future – discovering the next generation of talent.

As Europe’s biggest TV show heads towards its 60th year – it’s time for the BBC, and the EBU, to take a look around and launch a proper fightback for the contest, we love and loathe, to be at the heart of the music industry and new talent for another 60 years ahead.

It’s time to make your mind up.