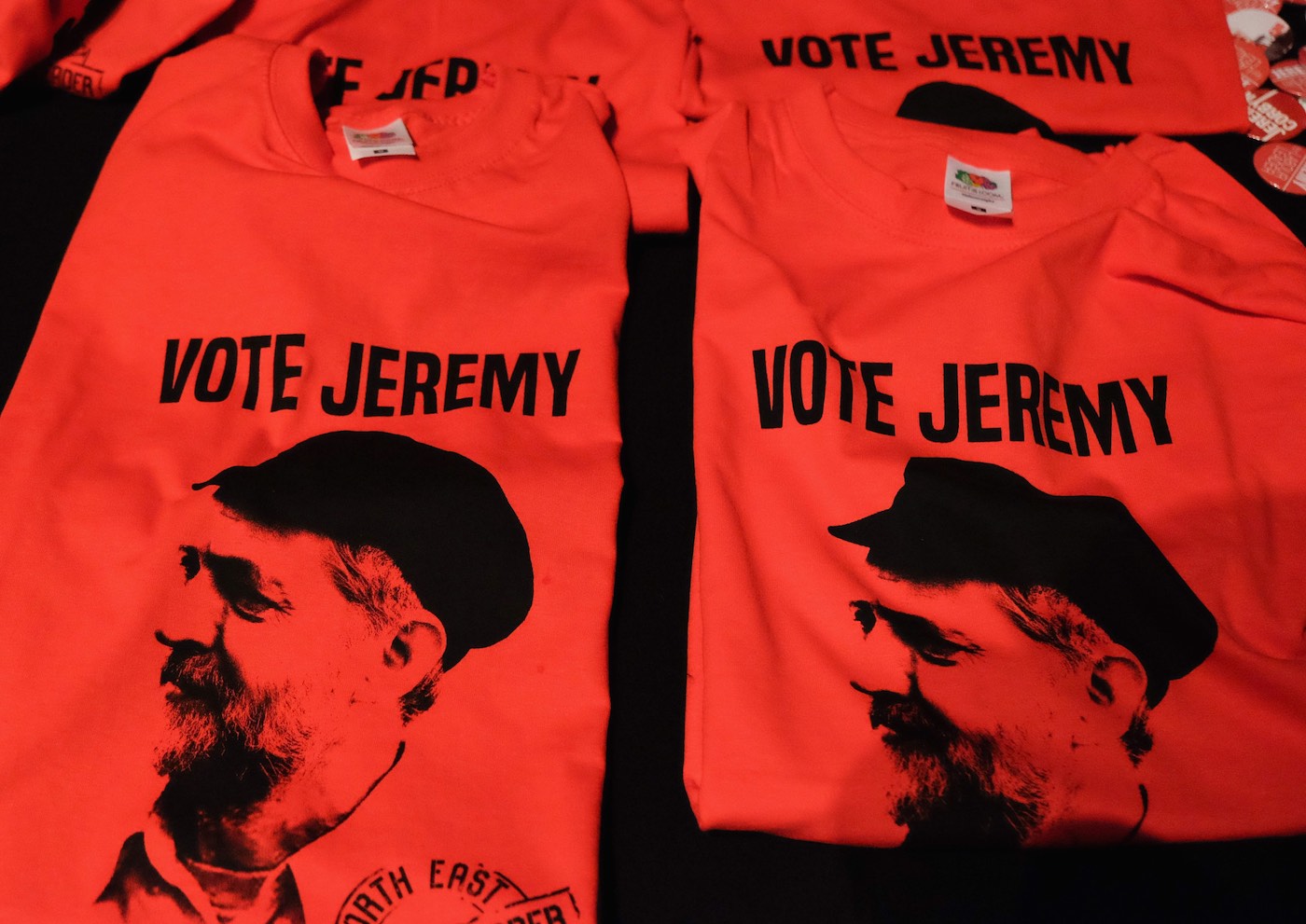 People are kidding themselves if they honestly believe Jeremy Corbyn is the answer to the fundamental questions the country is asking
Photo: Getty


Five years ago, in the midst of mourning losing the power it had so desperately craved, Labour wasn't ready for a real conversation about its time in office. Whilst a stirring performance from Peter Mandelson in the dying days of the administration gave a sense of hope it would win that historic fourth term, the real tragedy is that Labour had already resigned itself to defeat by mid 2008. After another crushing loss, one in which the Conservatives were gifted a majority, Labour faces a pivotal choice from which it cannot duck. It is now time to move on from new Labour - but too many seem ready to return to the old Labour prophecy; to be an eternal opposition.

If people believed the tough times were being in government, they are wrong

I joined the Labour Party as Gordon Brown acceded the leadership in 2007. Then, I honestly, and naively, believed that the tough times for Labour were being in government.

Not being able to ‘defend the indefensible’, others had given up and shifted to more hearty alternatives. Jumping ship to the Liberals, the Greens or TUSC, there was a drive to be purer - to find a more progressive home.

With ten years of power weighing heavy, perhaps this was unavoidable - but put simply, it is navel-gazing and wrong.

The truth is the tough times were ahead. The destruction brought onto our youth and social services five years into a Conservative-led government is just one striking reminder of what happens when Labour isn't in power. Mindless decisions, with the result nothing short of destroying the futures and chances of millions of people growing up or growing old in Britain today.

That is the cost of losing - and it's something too many, me included, had forgotten. We had become complacent about winning.

And so, in the aftermath of that devastating 2010 election - when voters, not just activists, had deserted the party - Labour missed the mark.

Of course, it is no surprise that so many in Labour derided the Liberal Democrats for ‘selling out’ by joining government.

After years of their left wing pandering and name calling, yes, people were absolutely entitled to look the so-called 'purity' of the Liberals and laugh as it faded.

I don’t blame activists, or even myself at times, for doing so, it was a gruelling campaign - but to do so was a mistake. And a fatal one at that.

Five years on, with the Liberal Democrats wiped out and David Cameron commanding a majority, it is now Labour that finds itself in the midst of a debate about power and the difference a Labour government makes to real people, not just party members.

So-called centrists in the party are now facing the seemingly impossible task of asking people to compromise - having spent five years jeering at the Liberals making a strikingly similar argument; that Clegg and his ministers did clearly have a visible effect on Tory plans.

Power may be hard, but surely it is preferable to opposition?

The people ditched Labour for the right, in response Labour ditched the people for the left

In the midst of the fallout from that election in 2010, Labour made some terrible choices.

Debates such as Iraq for example, issues that should absolutely have been dealt with in 2005 or 2007, came to define Labour's response.

But if the country could bring itself to vote for Tony Blair in 2005, the party should have moved on.

Instead, by 2010, Blair was toxic in the party – without necessarily being so in the country.

Coupled with the fact that those on the left - and even those in the centre - continually sought to undermine the record and achievements of the new Labour government, Labour would be lulled into a state of misjudgement.

Crowned to bring 'change' to the party - Ed Miliband's accession saw Labour forget that the leadership is the only fundamental way it communicates to voters, and if you trash your own record from that pulpit, people will not only be confused about what you stand for, they will believe you and they won't listen anymore.

Within the first year of his leadership, Miliband had all but forgot his role to bring renewal to Labour - and instead decided to lump Labour in with the left, pitching himself and the 'next Labour government' against the 1997-2010 government more than the Conservatives.

Ed deserted the party in pursuit of a crusade of self-belief for the past five years, with the result again being entirely obvious - another loss.

Miliband's leadership was a disappointment to those of us who genuinely supported him as a candidate able to put the new Labour squabbles to bed and I don’t understand why so many others remained so loyal for so long.

The last five years have seen the debate about new Labour not only rumble on, but grow - and the opportunity of reform lost for good.

It is through this that the soft left has been able to multiply and grow and allow themselves to create a false reality of a ‘conspiracy’ against Labour.

Its own disappointment in the inability of its leadership to cut through, has now turned into an inevitable crusade against business and the media.

Ever the underdogs, always destined to lose, the Tories would always win.

None of these candidates are likely to win back power

So here we are. Another leadership election, another opportunity.

To win power again, Labour must finally put to bed the fundamental question of what the party exists to do.

Has Labour now apologised enough for its time in office?

The left are all over the place in attempting to answer this question.

They believe that ‘elements’ of the new Labour government were good. So, you now hear Owen Jones and even Jeremy Corbyn seek to claim these victories for themselves and then just lump in everything else that they consider 'wrong' under the auspices of 'Blairism'.

None in history, none in the future.

We must be very clear; there is no radical progressive majority and it is wrong to believe the country would ever elect a government so pure that you could believe in it.

There will be no socialist revolution.

To be an eternal opposition is therefore the consequence of positioning the party in this way and this is now what many are happy for Labour to choose.

I accept there are those on the left who honestly believe you can win from their side of the net.

But even if we were to accept that the country would allow Labour to win there, the debate required about how to win is still now nearly eight years overdue.

Instead of an honest assessment of the electoral map, even from the left, there is a willingness to close down debate, crush dissenters, brief against your ‘enemies', surround yourself with only those who are true believers and now resort to calling 'Blairism' itself a ‘virus’.

The real paranoia should be over the ability of the Conservative Party to rebuild itself and re-position itself as a centrist party under a new leader - not whether Tony Blair was right to get the Labour Party winning again a decade or more ago.

At every turn since Blair left office it has been said to win back the country Labour needs to move left.

It was said that the handover to Brown would mean keeping the keys to power – it didn’t.

It was then with the election of Miliband - another loss.

And now it is supposedly Jeremy Corbyn.

But how many more times do we need to see the same result?

Just because someone sticks their hand up, you don’t follow them off a cliff

Labour has required renewal for a long time now, but the party is out of time and out of turns and in a dead end with no way out.

There can now be no ‘renewal’.

Quite frankly, the party has been dragged through the mud for far too long and it’s time to cut the losses and run.

New Labour became a soap opera. It was then killed by a perceived move to the left, the financial crisis, lack of talent to continue its philosophy and a fatal sense of paranoia.

Nobody came to its rescue - and then it was battered over the head for the past five years despite the fact it was already dead.

It is now over, and time for something new.

There is therefore only one course.

To win again Labour must look forward, not back.

It is essential that Labour looks at the challenges the country, not the party, faces to find an articulation of its existence that is right for this time, not 2010.

And it should be led by someone genuinely new.

Because our politics is in a crisis.

Traditional power is splintering and nationalism is on the rise.

The country is crying out for authentic leaders who understand life today and have real experiences of it and an understanding of others.

They want to see a sense of purpose from someone who can articulate what they believe and where the country should go.

They also require a real vision of opportunity and hope - understanding that people want to have control over their own lives and want a smart government that empowers them rather than controls them.

Labour is kidding itself if it honestly believes Jeremy Corbyn is the answer to this demand.

Yet again, Labour is looking to the wrong people to lead it and the country will pay the price.

Whilst nobody else has really stepped up, it is clear that the party and our country will not be best served by just following anyone who puts their hand up and leads us off a cliff.

New Labour is dead. But in the next few weeks the party is either going to choose to try and resuscitate it in vain, keep battering it over the head even though it is dead or triangulate around it.

It's time to leave the toxic remnants of both new and old Labour behind, but the party is now on the edge of a precipice and just weeks from an even more desperate future.

For those in the centre who are now saying that you give the far left a go and let them fail on their own terms are taking a giant gamble that you will be able to dig your way back out when they lose.

I’m not so sure you'll be able to.