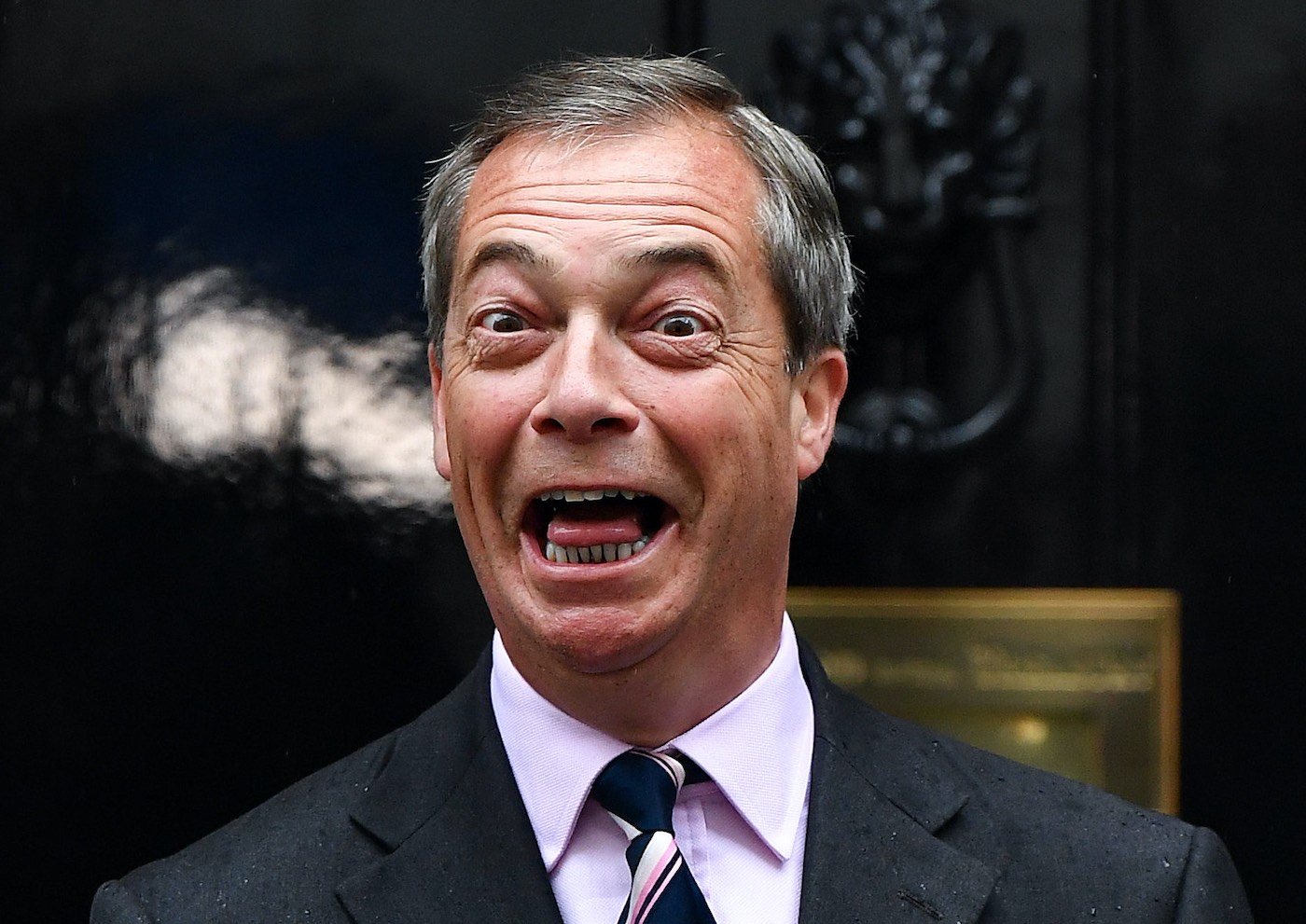 Labour decided to enter a national election about Europe, ignoring the central issue at hand and gave Nigel Farage a free pass. It is unforgivable and will have repercussions
Photo: Getty


People seem to want to find any excuse to say that Nigel Farage didn't win the European Elections. The BBC, the vote share of the two main parties increasing and hundreds of other complacent excuses. But the majority of people in Britain think party politicians are in-it-for-themselves who don’t have much to say but like the sound of their own voice. And to be honest I agree with them. But, Nigel Farage? The answer to Britain’s problems? No. He's the symptom.

If you truly believe people voted UKIP because of the BBC then we should all just pack up and go home right now.

Of course they didn’t.

And I know that we can win – we have to win.

But if we’re not in politics to win then we really should all just give up.

In the last few days people have found it too easy to turn around and blame absolutely anything they can for for this week’s results than themselves.

That isn’t honesty, that’s excuses. And it’s excuses that got us into this mess and not what will get us out.

Sure, people seem more disenchanted with politics now than they have been recently - and, yes, you can find some results that buck the trend, but you can't deny that this was another election lost.

British politics means so little to so many that it has become a parody of itself.

The problem has become the answer.

It’s the Boris Johnson argument – they’re all so shit anyway, why not?

We have to take responsibility for that.

We are four years from the defeat of 2010 and whilst in so many places across the country the party has selected some fantastic local candidates, we have to be honest that we haven’t done enough to change the face of our party. We bulked the chance of real party reform – focusing on leadership elections and membership changes rather than how people - the voters engage with local Labour politicians and candidates.

Apart from funding, our party works exactly like it did in 2010.

We’ve stood still, whatever happened to ‘change to win’?

And so, as a result, up and down the country, we’re hanging our candidates out to dry.

Whilst we may be a party that isn’t trusted on Europe ever since the treaty change referendum debacle - but we are a party that still believes in Europe.

We’re a party that thinks a referendum is bad for the UK. And yet, we chose not to have a message on Europe nationally at these elections.

We chose to campaign on energy prices and doctors surgeries and building some houses.

We cowered away and said these elections don’t matter, or were instead an opportunity to talk about our messages to win a general election.

But this is madness.

We get angry at coverage of UKIP on TV because they “don’t have any power in Westminster”.

Yet we sound irrelevant at best and patronising at worst.

It may seem like a simple straight-forward, common-sense point, but if you don’t have a national message on Europe at the European elections then how on earth do we think we can turn around and complain at people voting UKIP?

How can we stand there and tell people they were wrong?

How can we expect to know what Europe actually is, why it matters, and why we value it?

A confused and muddled set of words that spoke precisely to no one.

And so we’ve pushed out a pledge on energy prices.

We'll ‘fight on the issues that matter to people’ mantra.

And as a result, our central message in a European national election is that Labour will save you a few quid off your fuel bills in 2015.

What does Britain look like under Labour? Just a little bit cheaper.

That isn't the fault of the BBC, it's a Labour Party in disarray.

The only message anyone is getting on Europe, is negative

You won’t find a list of things the Labour Party wants to do in Europe - or hell, even wants Europe to be.

You’ll just find a link to ‘Your Britain’ that asks you to help make some policy for the Labour Party.

You’re asked to donate, to volunteer and to join.

To campaign for what?

To donate to what?

We’re just asking people to help us to win the general election, without any idea of why it matters.

We’re the very worst example of politicians and parties that are in it for themselves.

As if we went into a national - a European - election like that.

How can you be anything other than embarrassed?

From our policy to our presentation, Labour has decided that it will play a game. It’s come up with juicy policy tasters that people like and will just keep hammering those home.

But this is a tactic not a strategy.

People like the policies I have no doubt – but that was never the problem.

The challenge that the result of 2010 set for us was to prove that we could be trusted again.

We cannot take confidence from these results.

We can’t take confidence from the downward trend in the polls.

I’m not prepared to be complacent.

We have to turn this around, but it has to happen fast. Otherwise this is going to get really bad. Quickly.

Labour needs to start presenting itself as a government, not as a one man presidential crusade to replace David Cameron.

There is some real talent on the Labour benches – use it.

If we get round to conference season and the backdrop to Ed’s speech is a load of activists rather than a talented shadow cabinet sat on stage behind him again – then it’s proof that Labour haven’t learnt this lesson.

But I accept the leadership matters, and so if David Axelrod is coming in to do one job, then it should be to come up with a narrative around Ed.

The current one – that he’s the people's champion – really isn’t working and I don’t think people’s impressions of Ed are going to change in the next 12 months.

Yes, he looks a bit ‘funny’, and yes, he’s a geek, but he can surely run a government better than the Cameron sham.

That message from Ed’s conference speech in 2012 was one of his strongest – he needs to use it, but he can’t use it if he doesn’t have a shadow government behind him and he's out there on his own.

I fear it’s been left too late and the message already lost.

But presentation alone isn’t going to fix the problem that we still don’t know what we’re for.

That’s why I’d start listening to Jon Cruddas but I’d tell him he’s got six weeks before the curtain drops on this policy process farce.

I’d bring Alistair Darling back from Scotland to support Cruddas in costing every single potential commitment - he’s the only one who has a flicker of economic credibility from the last Labour government.

But firstly, and most importantly, we have to counter UKIP head-on.

I don’t believe you do it by pandering in the policy process.

You leave Labour's most likely voters, increasingly disappointed in the party.

So instead, the first call I’d be making today if I was Ed would be to Alan Johnson.

Get him up off that This Week sofa and give him a brief as Party Chair – a task to reconnect the party with the people.

He would be a superb tour-de-force not just internally within the Labour Party for kicking out the dead weed in our processes, but for taking on the city-banker Nigel Farage.

But he has to be given a real platform, and a chance to make the case.

Sitting back and saying everything is just dandy and on track is a recipe for disaster this time next year.

There is time to turn this ship around.

I believe that we can win again – but we don’t do it by just asking people to help us, we have to rediscover our commitment to lead; to change public opinion, to challenge age old myths, to persuade – to want to change our society for the better, not just a change of government.

Right now Labour is wasting the opportunity and will lose.

It’s time to do something about it before it’s too late.