Respect would be success 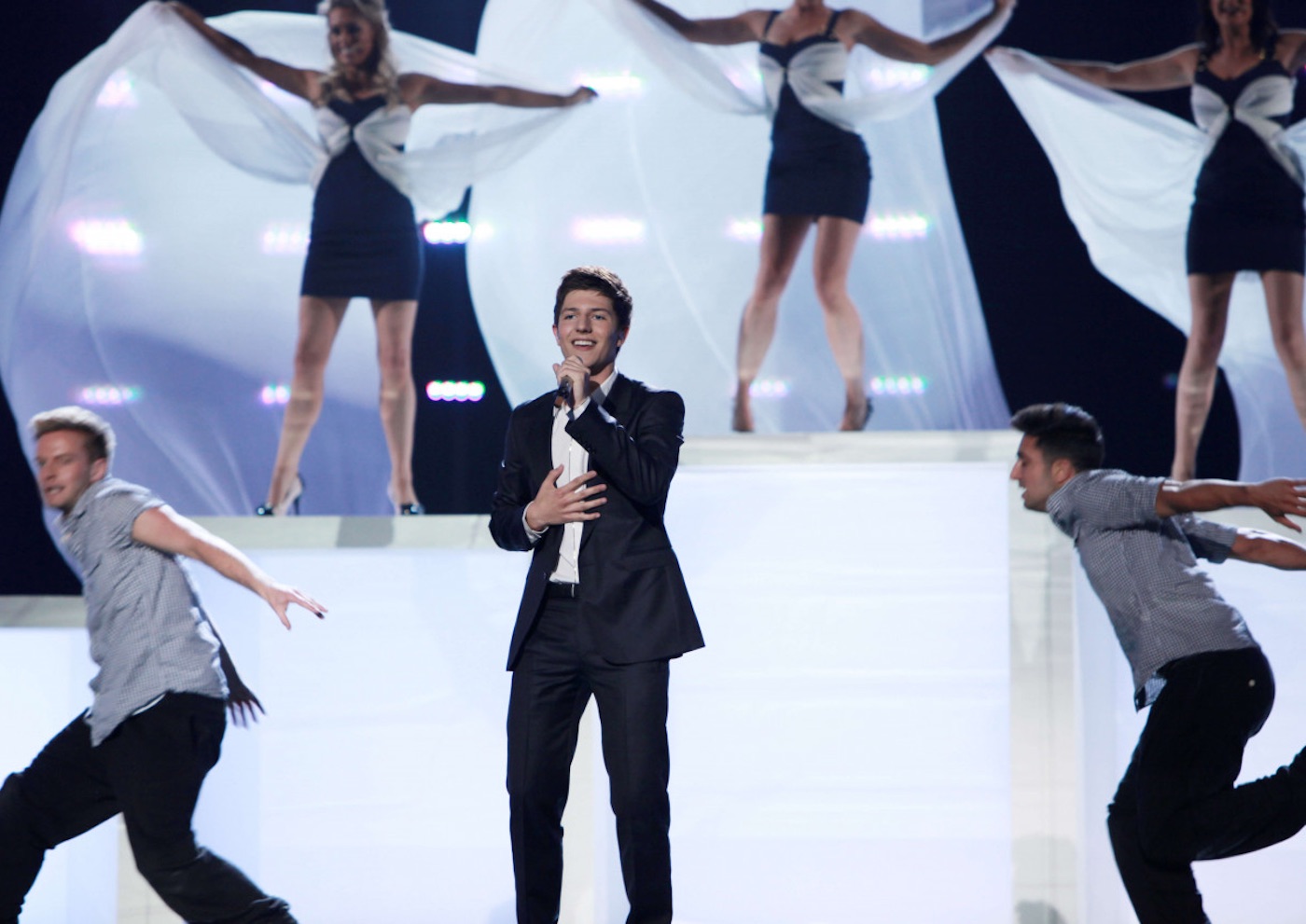 The UK took a major step back in the contest last year after the disaster of 'That Sounds Good To Me' - potentially the BBC's worst effort of the decade.
Photo: EBU


Eurovision in the contest of an ongoing financial crisis

In order to find the funds to host the Eurovision Song Contest in 2010, Norway’s national broadcaster NRK was forced to sell it’s broadcasting rights for the World Cup.

The publicly funded network scaled back the budget of the costly contest, but only in relation to Russia’s exuberant affair in 2009.

Norway itself is certainly not one of Europe’s economically challenged nations, but still required big support from sponsors, in the form of Scandinavia’s mobile network Telenor and airline Norwegian Air to get the contest off the ground - yet it was still projected to make a loss.

This year, the four nations that pulled out from competing in Oslo due to financial worries will return – taking the contest back up to the 2008 level of 43 competing nations.

But had many broadcasters been honest last year, many more of them wouldn’t have been gracing the stage in the Norwegian capital.

The fear of being landed with a costly show to host in 2011 might well not have phased the eventual winner, Germany, but can we realistically say the same for Georgia, or perhaps Moldova?

Indeed, by the time Norway graced the stage on home soil last year, they had already ruled out hosting in 2011 - unless significant financial support would be handed to them - at least that's what they said...

The squeeze in public spending is certainly being felt in broadcasting – we’ve already had the debate in the United Kingdom over BBC Radio 6, and with broadcasters slashing staff and costs – the expense of the Eurovision Song Contest is not just a debate over participation.

The curse of the winning nation is the expectation that your nations capital, or at least one of its big cities, will invite the continent to your doorstep the following year.

Athens, back in 2006, still claims it was the last host to have made a profit – but would the Greek government be able to justify the £28 million outlay again, for a gamble of a measly running profit?

ERT certainly don’t have the same budget as they did in 2006, and after years of deterioration in their Olympic infrastructure means it certainly wouldn’t be as cheap to rock up for four weeks in the Olympic Indoor Arena.

Eurovision has grown into a huge commercial affair

Up until the turn of the millennium, Eurovision remained modest – even hosting the contest in Birmingham’s NIA in 1998 hardly pressed the BBC into financial or organisational difficulty, and it wasn’t the spectacle of national pride that the contest is today – the United Kingdom was not under huge pressure to put on a spectacular display of British success – it just needed to get through its responsibility with respect.

But if Norway was wanting to curse anyone for inheriting the logistical nightmare of hosting then it should probably turn to its Scandinavian neighbours.

Sweden and Denmark – who still push for victory year on year – tripled the size of the contest when they hosted back to back in 2000 and 2001.

This real transformation of the contest took place between Israel’s attempt in 1999 and Stockholm’s extravaganza in 2000 – from the moment Europe’s eyes were focused on their television sets, Sweden was out to impress, not merely stage a song contest, but spurred on by a pedigree in the contest rivalling that of the UK and Ireland.

Svante, also taking his place in contest history, has now presided over his final contest as the contest’s Executive Supervisor, to which Stockholm provided the perfect job application when he took the job in 2004.

Under his leadership, the contest has grown to a week-long event with two semi-finals and a grand final.

Ten years on, Sweden is just as serious as it was in 2000 about Eurovision– to varying degrees of success.

The country’s host broadcaster has advised some of the contests most challenged hosts in the past 10 years – and no one can doubt the fact that Sweden want to win again, and they want to win big.

But just like many other broadcasters, Sweden is counting up the cost of failure.

Winning isn't an option for some countries

Germany will host the 2nd biggest Eurovision to date later this year.

34,000 people will attend the finals – the largest audience since Denmark built a roof on the Parken football stadium to accommodate the contest in 2001.

It won’t be the most expensive however – Russia took that title for themselves in 2009. But it leaves the German broadcaster having to find money, that in an economic situation of cut-back might not exist.

Programming, throughout the year, will suffer.

For that reason, the BBC cannot afford to win in Düsseldorf.

With the Olympics in London drawing ever closer – there is no feasible way the broadcaster can consider winning in Germany.

Hosting outside of London is not even an option – in fact, it could well be a worse option than hosting in the nations capital.

No broadcaster can simply stretch itself that far in the face of drastic cost cutting measures, hence Norway loading off showing the World Cup - let alone being the host broadcaster for the Olympic Games.

But here's their predicament - the BBC cannot risk another year of failure.

One more last position and they will seriously start having to answer questions about the UK’s participation.

The BBC must gain respect, without outright success in Germany.

They could start by focusing on a decent national final – restoring credibility nationally, and encouraging viewing ratings to increase for May.

Andrew Lloyd-Webber went a long way to restoring this in 2009 – and ratings did increase.

‘My Time’ truly did return the UK to the respectable side of the scoreboard.

Or, what about looking towards the rumours instead and internally selecting Katherine Jenkins or Charlotte Church which could well calm anxious fans?

Either way, the task this year is to gain respectability – and then perhaps the BBC could become the first host since Athens to run a profit in 2013.